Megaphone is eager to explore the object world, but definitely not as much as Flasky. He also wants to get to Objectoo before his sister, Loudspeaker, does.

In How It Began, Megaphone introduces himself to the contestants. He explains the show to them and tells them how to pick the teams. Once the teams are formed, he explains the team boards and the first contest.

During the contest, Megaphone crosses a bridge to the other side of the river (which he explains to Music Note). After the contest, he gives Water Balloon and Pie immunity until the contestants get to Objectoo. 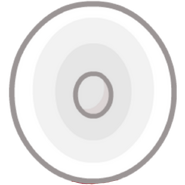 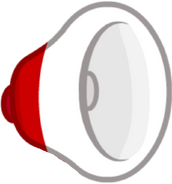 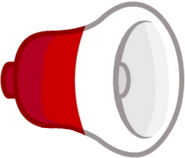 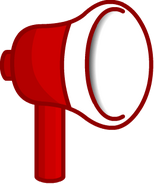 Pilot
Add a photo to this gallery
Retrieved from "https://object-trek.fandom.com/wiki/Megaphone?oldid=5600"
Community content is available under CC-BY-SA unless otherwise noted.