Just A Cuphead Fan
Kitty is a recommended character who appeared in A-MAZE-ing Plan.

In Object Trek, Kitty is orange with pink stripes on her torso. She also has the normal features of a cat.

In A-MAZE-ing Plan, Kitty came across Pie, Rope, and Music Note at a three-way intersection in the maze. She offered to help them get to the exit.

Once they got to the exit, Kitty asked if she could join the game. Music Note went to ask Megaphone, with Kitty following close behind. Megaphone told Kitty to check back with him in episode 7, and Kitty agreed to this. 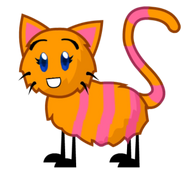 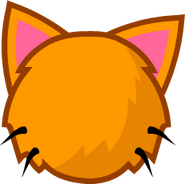 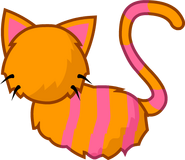 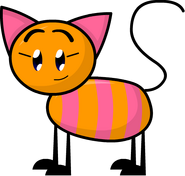 Add a photo to this gallery
Retrieved from "https://object-trek.fandom.com/wiki/Kitty?oldid=5635"
Community content is available under CC-BY-SA unless otherwise noted.