Unknown
Flight Helmet (headius cloudius), abbreviated "FH", labeled The Airhead, is a female contestant on Object Trek. She was placed on the Squeezy Foxes.

Flight Helmet has the ability to fly, and she plans to use her ability to her advantage. She tends to have her head in the clouds, both literally and figuratively, but there are times when she comes up with very bright ideas! She is best friends with Baskety.

During the contest, Flight Helmet was seen reaching the finish line across the river, with Rolling Pin not far behind. She was the second-to-last Squeezy Fox to cross the river, and thanks to Soccer Ball, her team won, placing the Floppy Rabbits up for elimination.

In A-MAZE-ing Plan, Flight Helmet was first seen in the maze after the contest began. She liked Water Balloon's idea of splitting up, and was put with Baskety. She and Baskety wound up getting chased by a giant vacuum cleaner twice, and both times, she made Baskety explode. The second time, she discovered that the vacuums could not be destroyed by Baskety's explosions.

Later on, she made it out of the maze, but the Floppy Rabbits ended up winning, putting her team up for elimination. 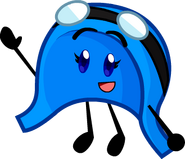 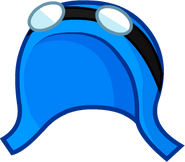 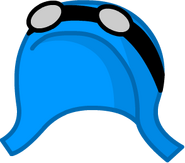 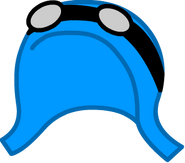 Retrieved from "https://object-trek.fandom.com/wiki/Flight_Helmet?oldid=5618"
Community content is available under CC-BY-SA unless otherwise noted.